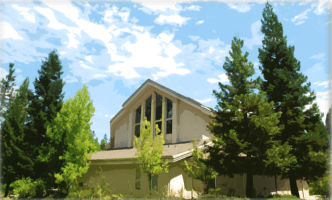 Where we came from, our denominational and local history, and where we are headed as a church family

Where we come from

A brief Denominational history of one of the fastest growing churches in the world.

Our beginnings in the Grass Valley area go back 120 years to 1880 when just a few families met in their homes for worship. Though records are a bit sketchy, the church was formally organized in 1925 with Elder John R. Patterson being the first pastor. In 1935 a one-room building with a basement was built in the Glenbrook area and used for both a school and church services. By 1948 the school building was so crowded that the "Frank Buck Hall" on the present Episcopal Church site in Grass Valley was rented for services. Elder J. V. Schull was the pastor and membership had grown to 71.

After much planning, land was purchased on Alta Street for $3,000. The money was obtained by a short-term loan from a member, Ben Schafer. A quonset hut was erected and evangelistic meetings were held. Fifty-two people were baptized, nearly doubling the size of the congregation. Several years later the quonset hut was removed and a new church was built on that property. It was completed in August, 1956, and formally dedicated in August, 1958. The church on Alta Street was remodled in 1981, and about that same time a group of members decided to start a sister church in the Penn Valley area.

In the late 1980's, discussions began regarding the purchase of property and the building of a new church in Grass Valley. The congregation had outgrown the Alta Street church and more room was needed, especially for social activities. As it was not possible to expand on that site, property was purchased on Colfax Highway in 1989. Plans were drawn, permits obtained and a buyer for the Alta Street Church was found. Fund raising began and by the summer of 1994 the new property was cleared, concrete poured and construction was well underway. Two years later, the first Sabbath services were held in our new church on September 16, 1995. It was a time of great rejoicing!

Throughout the past 120 years, God has graciously led this church. It was through the devotion of its members and dedicated leadership and with gratitude to our Heavenly Father, that the church on Osborne Hill Road was dedicated to God on March 15, 2003. This is not the end of the story — rather, it is only the beginning!

What's the bottom line? More than ever, Grass Valley SDA Church is committed to fostering a church family built around hope and love. Hope for the Coming of Jesus. Hope in His transformative love. And as we move forward as a church family, inclusion and belonging remain at the center of who we are as followers of Christ.

What this means for you

What does this mean for you? Most importantly, you're always welcome at Grass Valley SDA Church. We're saving a seat for you. Wherever you're at in your faith journey, you'll always be accepted as part of the Grass Valley SDA family.

Beyond that, if you're ready to plan your first visit, click here. If you want to learn more about our beliefs as a church, click here. Or if you'd simply like to get in touch with a person on our lead team directly, click the button below.

To Live by Faith, To Serve with Love, To Be a Voice of Truth and Hope